THE JELLING DRAGON IS NOW THE VIKING DRAGON! Most of our products have now moved to thevikingdragon.com - Only Viking weapons are still available on this site. Use the menus below to access The Viking Dragon pages.
Skip to content 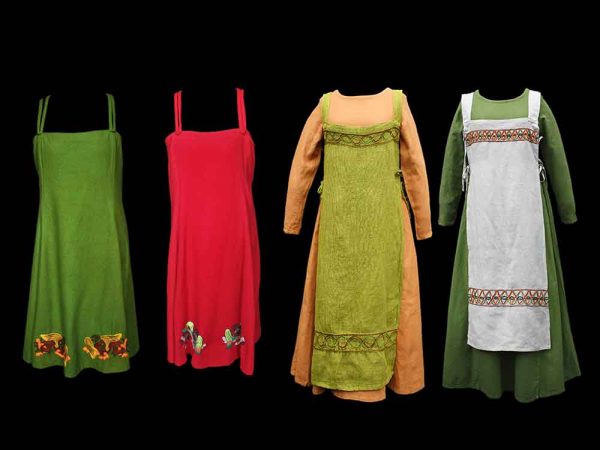 Viking women’s hangerocks, also know as aprons / overdresses, are traditionally full length and are to be worn over a dress / underdress. The only ones we occasionally stock are made from either beautiful embroidered wool or linen, which are all handmade in Northern Europe.

Viking hangerocks would be traditionally adorned with strings of Viking beads, Viking pendants, Viking keys & other Viking trinkets. Viking women would hold the keys to the house and they would be most likely hanging between Viking brooches, such as tortoise / turtle brooches.

All hangerocks are out of stock at present

If you would like a hangerock making for you then please email us with your request to brian@jelldragon.com.